Taking user engagement to the next level

Kiosk is an innovative mix between a news and a social media platform, who wants to be tightly connected to their users, so their content is based on user inputs.

Their content creators young adults, many of whom bring their own audience from different platforms.

In the top right corner of their webpage, Kiosk has a button named “Publish yourself”. If someone has an idea or a story that they want to share with Kiosk and its readers, they can upload a text, picture or sound file to Kiosk, for a chance of being published. Kiosk is a pioneer within the realm of user engagement, by providing anyone who has meaningful insight with the opportunity to be heard.

Their website contains a number of “speech bubbles” which serve as links to Hearken embeds where users post their questions about the topic at hand, which then serves as inspiration for Kiosk’s authors to write about.

An example of how Kiosk listens to their users, is the story of how they got their name. Kiosk made a survey which prompted their users about a possible name for the media. A user named Mikkel suggested the name Kiosk, which served as inspiration for an article called “Mikkel names Kiosk, Kiosk”. 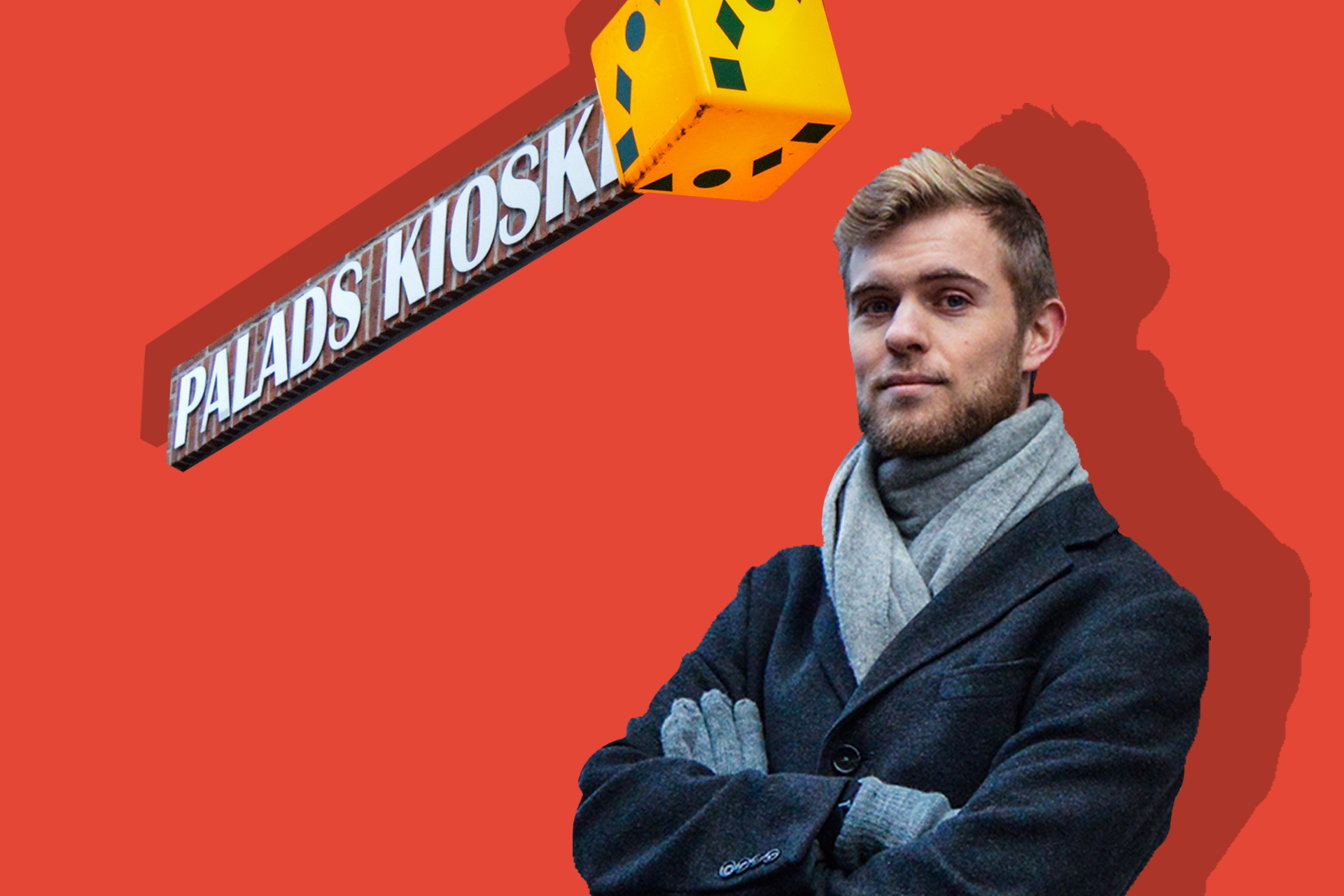 We sat down with Lasse Handberg, the Editor-in-chief and co-creator of Kiosk, to talk about Kiosk and how it came to be.

What motivated you to found Kiosk?

“The motivation stems from a large demand for innovation within the journalistic industry. They have seen their audience disappear and few newcomers arrived, which constitutes a commercial problem as well as a problem for the overall democratic conversation in society.”

“I also want my kids to get their news from other places than Tik-Tok!”

Would you say that Kiosk is marketed towards the younger generation, like your kids?

“Not directly. We find that most of our users are of the younger generation, but that’s not something we planned for. We want to reach those who rarely or never use traditional media.

We want to reach those who want a different dynamic between themselves and the media. We see ourselves as an alternative to the traditional social media platforms, who we feel don’t wish to connect with their audience very much.”

Is it the interaction between the media and the users which is the defining element of Kiosk?

“We are relying on the editorial strategy which is called “outside in”. This means that the users  define the content on our platform. In the long run we hope that Kiosk will become a self-supplying media where the users are both creators and consumers of content.”

What are the pros of working outside-in?

“There are several. One of them is that you get to break your own echo chamber. By that I mean your own arrogant idea of how the world is and what it needs. There is a deep and real interest for the needs and interests of the user, which goes beyond the traditional concept of “the customer is always right.”

“I believe that we are bad at listening to each other. Often in a conversation, you wait for the other party to stop talking, only to express your own opinion again. When you have explained yourself in five different ways, without having listened to what the other party is trying to say, it makes sense that you land where you started”. You have merely confirmed the fact that you disagree or don’t understand each other. I believe that we should be better at listening to each other, and by that also learn to understand the fact that there are a lot of things we don’t know about the world and each other.”

“It’s hard to actually listen and try to understand someone else’s point of view. I’ve been involved with the world of art for a long time, and in that world there’s an idea that your work stems from some divine-like source, and that you shouldn’t ask people what they would like to see, because you’re only accountable towards your own artistic identity. I disagree with this idea. People might easily lose interest in the work, if the artist or the work does not concern itself with how it is perceived from the perspective of the audience or the outside.”

What would you like for Kiosk to contribute as a media?

“I’d like to include the people who don’t normally feel included. I want Kiosk to be a place where new people and groups can express themselves. We want to lower the bar for who can participate in the conversation, and thereby raise the level and overall quality of this conversation, by including a broader spectrum of viewpoints and expressions.”

How do you think the dynamic between users and media should be on Kiosk?

“We want the content on our platform to move in a spiral-like motion, which expands as the conversation progresses. It’s an idea we have seen work successfully on Reddit. A good reddit post starts somewhere, but no one knows how long it lives and in what direction it moves. That’s up to the users, which I think is an interesting responsibility to share.”