How a newspaper engaged their community with local politics

Lokalavisen Aarhus is a local newspaper in Aarhus Denmark who back in 2019 decided that they wanted to do something for their community.

Aarhus Municipality announced a plan to invest 16 billion DKK in modernizing traffic. Lokalavisen Aarhus believe that the people’s opinion on the matter is just as important as that of the politicians and the media, which is why they decided to collaborate with Hearken in order to start the project: “Our traffic”.

They created an embed where readers could post their questions and wonders about traffic in Aarhus, and Hearken’s Engagement Management System (EMS) collected the questions from and provided an analytical overview of them.

“The traffic in Aarhus: WHAT DO YOU NEED AN ANSWER TO?”

The campaign was actively marketed during the period. The journalists have been able to follow developments in the questions received on an ongoing basis.

Lokalavisen Aarhus won the Debate Award with “Our Traffic”. The Debate Award is awarded to the media that manages to set the agenda and create a constructive debate among readers. The enlightened debate is a cornerstone of a vibrant democracy, and the award is a tribute to the ability of local journalism to engage citizens in the public debate.

Spreading the sessions over several days and locations allowed more people to be heard, which in term meant better spread of the word and higher quality journalistic content. The locations were decided from a poll where the public voted on places, they wanted a gathering, which got more than 2500 answers.

The culmination of the campaign was a major debate meeting with decision-makers at the main library. Here, topics were voted on and questions answered from the floor – all live streamed on Facebook. 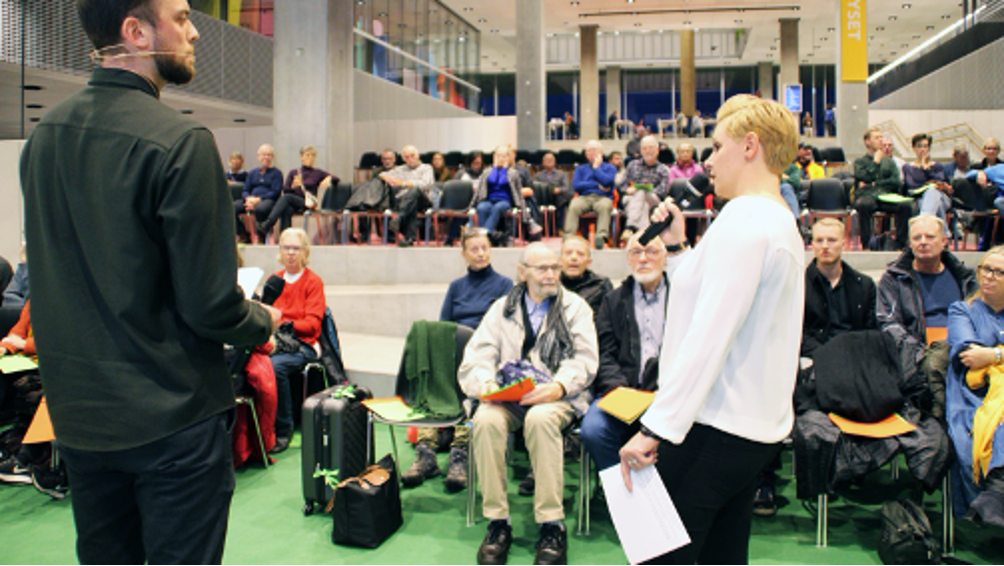